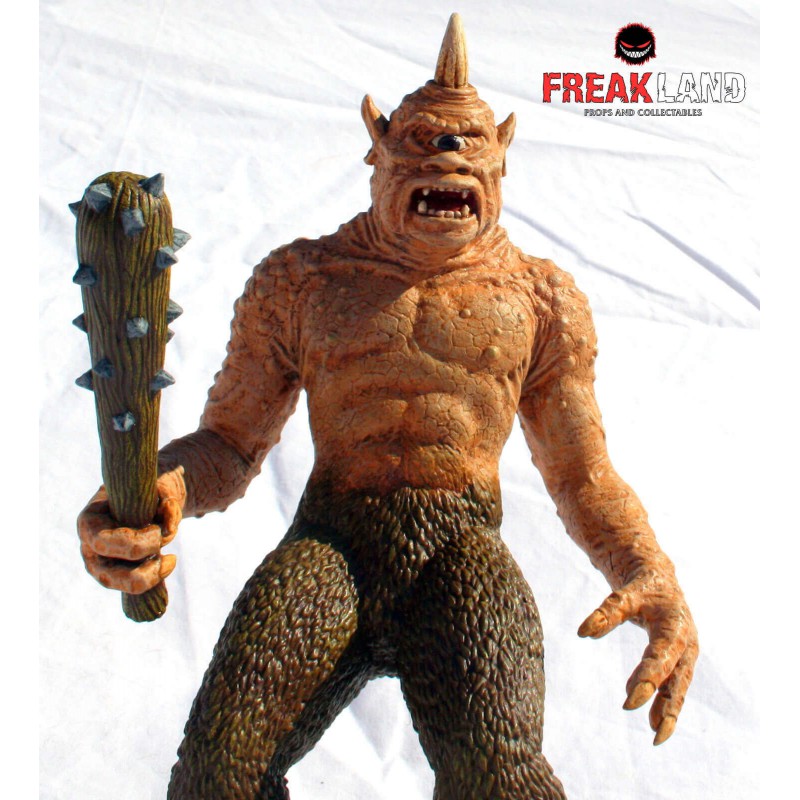 In 7th voyage of Sinbad, Harryhausen gave the Cyclops a horn, furry goat legs, and cloven hooves, an idea based upon the concept of the Greek god Pan. He lifted much of the creature's design (for example the torso, chest, arms, poise and style of movement) from his concept of the Ymir (the Venusian creature from his earlier 20 Million Miles to Earth). He used the same armature for both figures; to do this, he had to cannibalize the Ymir, removing the latter's latex body.

This is the Freakland tribute to the best stop motion leyend ever, creating one of his amazing monster figures.