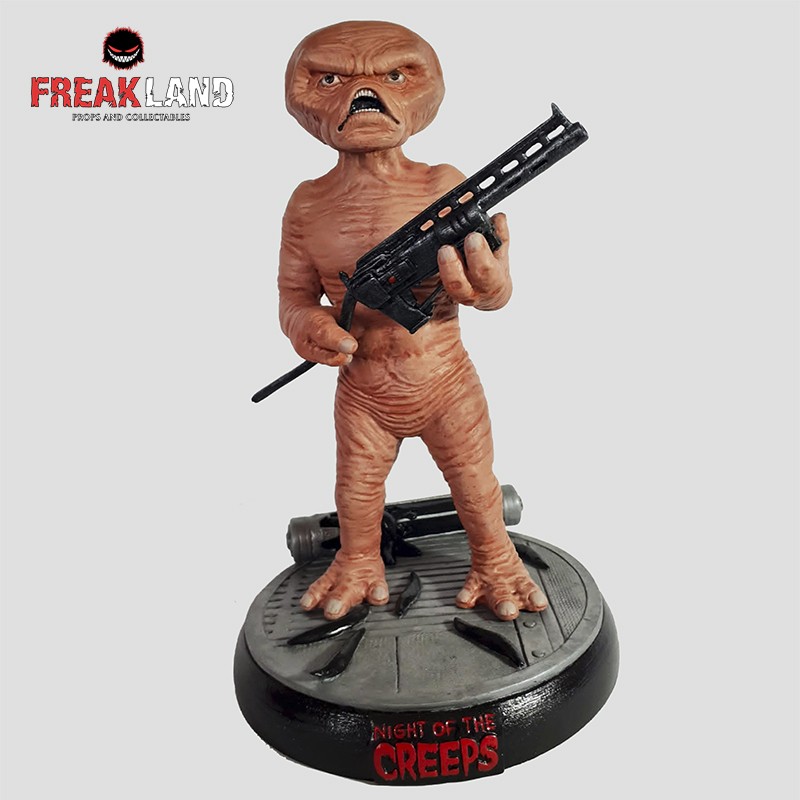 Night of the creeps prop

Night of the Creeps is a 1986 American science fiction horror comedy film written and directed by Fred Dekker in his feature directorial debut, starring Jason Lively, Jill Whitlow, and Tom Atkins. The film is an earnest attempt at a B movie and an homage to the genre. While the main plot of the film is related to zombies, the film also mixes in takes on slashers and alien invasion films. Night of the Creeps did not perform well at the box office, but it developed a cult following.

The film is a wonderful tribute to 1950s sci-fi, and a perfect blend of 1960s through 80s horror. There's blood, zombies, brain-possessing slugs, teenage horror and humor, hooliganism, and with some lapidary phrases. Maximum enjoyment.

If you like the movies of Jack Arnold and Ed Wood, that of Cronenberg, John Carpenter, Hooper, or George A. Romero, you cannot miss it, or in any case, see it again. In short, you will like it if you enjoy the horror and classic science fiction of series B.